Now hiring for multiple positions. Email your resume to email@arniesdogspa.com for more information.

I’m going to try and write on here once a week and keep you updated on what we’re doing at Arnie’s.

This week I thought I’d talk about the term 1-on-1 grooming. It’s something we advertise ourselves as a lot, I say it on every phone call and I wonder if people know what I mean.

It’s a term that’s banded around a lot in the industry and it seems to be one that people aren’t too sure about what it means. Now I can’t/won’t speak about other shops and what they are doing but I’ll tell you about what Arnie’s does and how I define 1-on-1 grooming.

For those of you who I’ve bored to death with my origin story, you’ll know that I operated as a home groomer back in England. Nate and I had our little house and once I became a qualified Pet Stylist, the backroom turned into my little salon. It was nothing fancy. One table, one tub, and one husband who became my official tea maker. (Still sucks at that by the way)

I was the slowest groomer in the country. But I was perfecting my craft. I got friends to come to me with their dogs, then friends of friends, and before I knew it, little old me was fully booked. I did zero advertising, I didn’t need to. It was just me and I knew that it would only take a group of clients and I’d be fully booked

I know myself better than anyone and I know that if I had a bundle of dogs all in the same room and waiting for me to just get to them when I could, that would stress me out. I wouldn’t put out my best work and I wouldn’t put out the best customer service either. So I booked dogs like a hairdresser would or a tattooist. I booked one at 9:00 am, I gave myself hours and then I’d call that dog for pickup. I would then have my next dog at noon and so on. Sound familiar!?

Here’s a little sneak inside the industry for you, stylists LOVE it when the customer says “My dog doesn’t like anyone but he really likes you”. It shows that our work has paid off.

So I would define 1-on-1 like this: One dog in and then that dog goes BEFORE the next dog comes in. There is not any other dog with that stylist for the entire duration of the appointment. There is no dog in a crate, no dog is being bathed by someone else. There is nadda. It’s just the stylist and the dog. That’s how I define it and that’s what I’ve put into place at Arnie’s.

Why do you think we bang on about drop-off or pick-up times so much? It’s not to be snotty and to make money on late pickup fees. It’s so we don’t compromise our 1-on-1 rule. We take our industry seriously, we take the dog’s safety and mental well-being seriously and I wouldn’t work any other way.

When we were brainstorming Arnie’s in the summer of 2019, Nate (the tea-making husband) would pace around the garden (yard to you) and fire off ideas. “I do not want it to be a madhouse’, “I want it to be like a dentist”, “No one is going to respect the industry if you don’t respect yourself”. Obviously, no one likes going to the dentist but it was more about professionalism, hygiene and care.

So when we finally got to Utah and found 53 W 10600 South, it was perfect! It had separate rooms already. I could have 5 stylists in one shop and each could have their own room. My 1-on-1 rule would not have to be compromised! And…it used to be a dentist. Nate’s tingle was spot on!

So that’s how we do it. That’s how Arnie’s defines 1-on 1. Is it for every shop out there? Absolutely not. They have their own degree of success with their methods and we have ours. I try and not worry about what other places are doing, I just try and make Arnie’s the spa that I want it to be. That keeps me busy enough!

Thank you for reading! We get the keys to the new place so next week’s blog will be all about what we’ve got planned for the future! Have a great week! 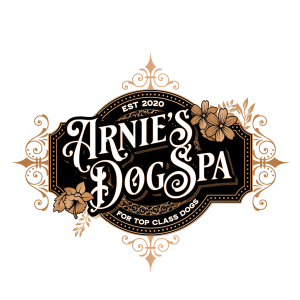